World of 2K38
The first cyberwar

The Asian subcontinent holds its breath after Taiwan's internet connection is cut in military action, leading to what many call the first cyberwar. A troubling announcement from North Korea escalates tensions even more. 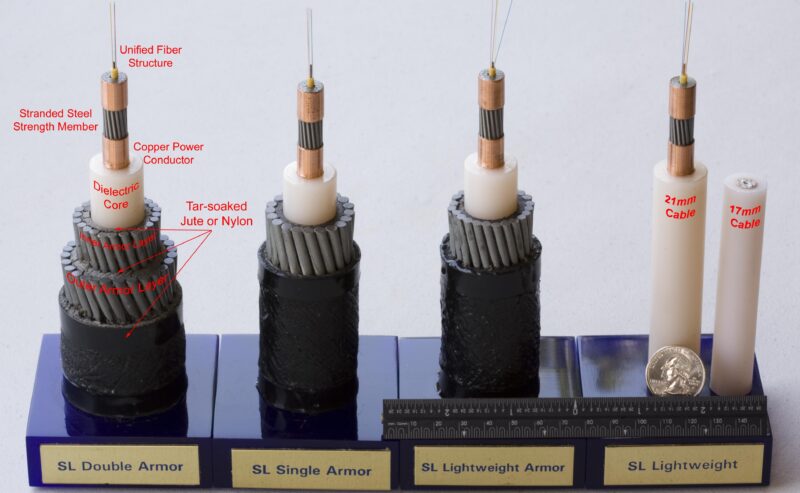 The boy raced home from school, weaving through the crowd on the sidewalks. As he ran in he said hello to his father then went up to his room and opened his laptop, glad he’d finally finished his homework and waited for it to load up. He felt anxious because one of his friends at school had told him of a way to get past the Great Firewall of China and see websites which he’d never gotten experience before, but other people got to use on a daily basis.

It took a while for his handed down computer to load up every program which ran in the background. One he knew it was ready, he began downloading the program he’d need to bypass the blockade of information. It didn’t take long to get the computer set up and he began searching through some of the websites his friend had recommended.

He came across a news site and began reading through it even though his English wasn’t the best. He’d read about the same event early that day, an announcement of an AI system from North Korea, but it was evident that both stories and facts of the event were far different from one another. The boy called out for his father who entered the room a few moments later.

His father read through the news article then glanced at the web page, at the sight of the American news URL, he glanced at his son with wide eyes.

“You can’t be doing this,” his father said and closed his son’s laptop.

“But there’s more out there,” the boy said. “There’s a lot of information out there and we don’t usually get to see, but now we can.”

It was night and the waves pushed against the boat with enough force that the boat rocked like a baby’s swing. The crew kept all the lights off, but a few glow sticks and a few dim lights inside. The divers stretched their wetsuits over their bodies then began attaching all of their equipment.

Two Chinese men glanced at the computer screen held down one of the workbenches, then they turned and held up two drones fitted and designed for water. The two divers fit their fins onto their feet then received a little help to get on the oxygen systems and tank.

They made small talk for last moment, making sure their voices weren’t loud enough to carry across the water, then pulled their masks down over their faces. The first diver, Cheng, dropped back into the water slowly, but in his attempt not to make noise, he created a small splash.

The second diver, Li, moved to the spot and waved at the two onboard, then lowered himself slowly back into the black water. Above him, he looked up to the clouds but noticed a small opening allowing a handful of stars to shine through, and as he sank lower losing sight of those stars, he questioned his place and whether he was doing the right thing.

Lights appeared next to him as the drones entered the water, but they turned downwards and descended faster than him. When Li turned, he noticed that Cheng had already made a good amount of depth, the light on his vest a beacon in the dark water. Li fumbled with his vest, snapping two yellow glowsticks hanging from strings attached to him, they dangled in the water like an anglerfish’s esca attracting prey, then flicked on the flashlight on his shoulder. He descended after Cheng and the two drones.

In all directions, the water was a vale of darkness, except down where the lights pointed at the seafloor drawing closer. Li caught up to Cheng and they both stopped high enough above the seafloor that their swim strokes wouldn’t disturb the collected silt at the bottom.

They waited as the drones searched the area. After a few minutes, the drones stopped and focused their lights on a single point on the seafloor. Cheng swam over, but Li watched as a silver fish meandered by. He always enjoyed diving into the Formosa Strait.

Li joined Cheng who neared the ocean floor and kicked at the silt with one of his fins. Once the underwater sandstorm settled again, a large black and yellow tube resided poking up from the bottom.

The drones only hovered and provided light for the divers while they took out a few tools from pockets in their vest. They found the weakest points on the tube and began cutting into it. They worked meticulously for twenty minutes until Cheng made the final cut in the cable. After one last inspection, they deemed the job done and the drones began to ascend. The divers followed the machines through the murky water and turned off their flashlights as they neared the surface and the boat.

The others on the boat helped the divers up and they removed their masks and oxygen systems. One of the dry men, gestured for the divers to come over to the computer where he showed that the mission had gone successfully. The cable no longer transmitted a signal through.

Li glanced up at the sky hoping to get a glimpse of the starry night, but only clouds loomed above his head.

“Welcome, Colonel,” a young airman said as the man of higher authority entered the screening room, the look on his face questioning. “It appears that Taiwan is now without any connection to the internet at all, we’re establishing them a new connection as quickly as possible.”

“I bet the Taiwanese are in an uproar, damn, we have gotten ourselves into one hell of a mess,” the Colonel said as he observed the screens, some displaying different views of Taiwan and the Chinese blockade of ships while others showed screens of code. He paid close attention to the screen which was zoomed out enough to display the Chinese ships as well as the permanent U.S. missile ship squadron stationed in the strait. “Ladies and gentlemen, I’m afraid you might be witnessing the beginnings of a war on a scale no one alive has ever experienced. Let’s hope that it doesn’t come down to that.”

The room was quiet except for the slight hums of the machinery and computers. The men and women sitting before the computers looked back to the Colonel, his expression grim. A man walked into the room letting in some light, but it vanished as the door closed behind him. He handed the Colonel a folder with several papers which he began scanning through, straining a little in the poor lighting.

“Things may have just escalated too,” the Colonel said to the people in the room, he knew he shouldn’t be telling any of them the information at the moment, but he liked to keep the team in the loop because he thought the worked more efficiently when they knew more information. “The reports of Chinese websites crashing and denying users entry were investigated and traced back to Taiwan as suspected. They’ve apparently been showing people in China different routes to take in order to bypass their Great Firewall. Rather impressive.”

“Here’s the catch,” the Colonel continued. “It seems that our little tech friends in Taiwan have done this in such a manner that it seems like the information came from a US-controlled nonprofit. Now, we’re in the tight spot. China is outraged by the actions and…”

A woman entered the room this time and handed the Colonel a cellphone. He sighed as she handed him the phone and he mouthed words quietly to himself before answering. He talked quietly into the receiver for a minute then hung up and glanced over the team who returned back to their work, save a few who continued to watch him.

“About four years ago, the Chinese announced a reunification with Taiwan,” the Colonel said drawing everyone’s attention again. “Army and navy units began moving into the area, occupying the mainland just adjacent to the island, so we responded with fortifying the defenses of the island. Let’s hope that it works again because the cavalry of steel is going to be arriving soon.”

“Thank you for joining us tonight,” the British newsman began. “Our top story tonight is the developing story of the events unfolding between the U.S. and China. It has been three days since the U.S. Navy moved several warships into the area which added to the fleet already stationed near the island of Taiwan. No shots have been fired, but the world sits back and waits anxiously as these two giants stare face to face. What is claimed to be the cyberwar had already begun.”

The camera adjusted to a woman next to the man, “Our other story tonight, is North Korea’s so-called AI Dead Man Switch. The world had grown silent after the announcement of an AI system which triggers the launch of weapons if the AI feels that the leadership of the country is threatened. This was about a week ago and no further information has come from the country’s spokespeople or other sources. World leaders have claimed that the AI is just another North Korean fabrication in order to scare those around them, but much of the world remains unsure and silent about the situation.”

The television flicked off, the man who’d turned it off with his phone turned back to his computer screen then muttered to himself, “Not unsure for long.” His eyes scanned the screen with ritual focus as he looked through various servers looking for any sign of a real AI system in North Korea.

So far, the search proved to be nothing but dead ends, but the hacker felt pressure ever since being assigned the task. It was him that would determine whether the Dead Man AI was a factual program or a fraud. He was instructed to pry as much as possible and if the AI was found, to find a way to cut it off from the very systems it was designed to work with.

Continue with part 3 – The odd machine.