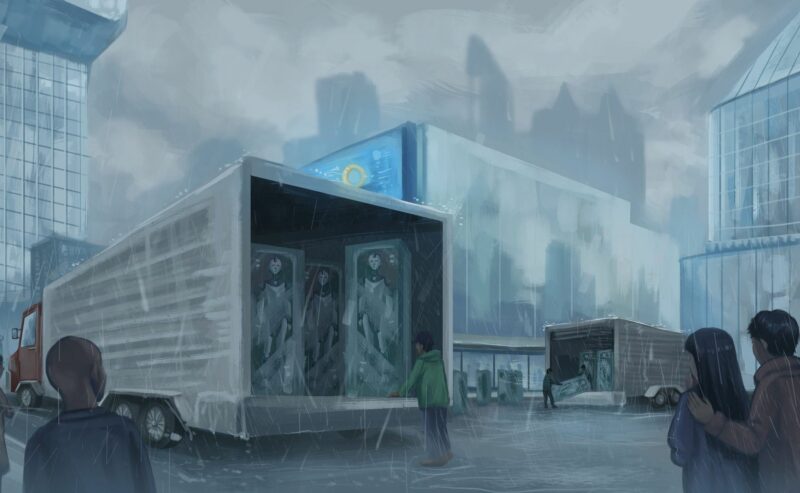 The 2029 Dutch VodafoneZiggoKPN precedent is followed by German and Portugese courts in similar cases and confirmed by the ECJ, after which commercial interest in offering internet to the public quickly dropped. Small hobbyist-style providers remain, but impose strict rules on users to avoid liability. Academic institutions remain loyal users of the internet, however.

Three large French and Italian banks are discovered to have employed AI in their decision process to grant loans, including housing loans. The AI has access to a wide variety of data, including from online platforms and health insurance institutes. The decision disproportionally denied loans to the large illegal immigrant population in particular that has been living there since the 2020s. Several consumer privacy boards are discovered to have quietly approved the practice, citing a desire to protect against unwise loans in the best interest of the consumer.

In response to the backlash, most privacy boards across Europe adopt a general rule that no AI may be employed for any decision-making or purchasing assistance in commerce. AI research suffers a tremendous setback. TheMALL/HERE withdraws its AI shopperbots from the malls, prompting an outburst of tears and outrage from young shoppers identifying with their robot friends.

In Madrid, the TheMALL/HERE franchise requires visitors to carry certain “Me” jewelry items to the mall so it can acquire personal data it deems necessary. While this takes away customer freedom, the Spanish DSPB approves it on the ground that freedom to conduct business is a fundamental human right too and no one is required to visit the malls.