A disturbing report on a graphic 'sport' accelerates the debate on human rights for autonomous beings. 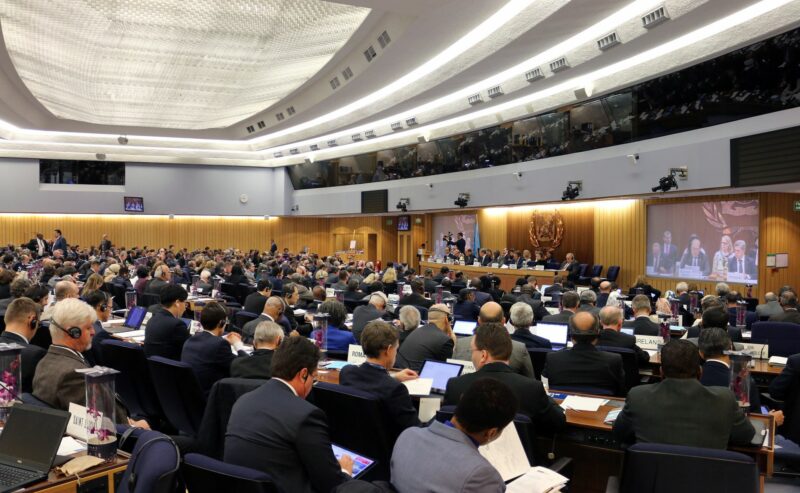 It had been an early morning. The office quickly filled as the members of the United Nations Special Committee on Autonomous Entities gathered together. The aroma of freshly brewed coffee filled the chamber. Everyone thought they knew what to expect for the day, but there was still an aura of unease as to the promised graphic nature of the reports to be discussed.

The room filled as members trickled into the chamber and found their seats. Once all who would be in attendance had been accounted for and it reached the meetings starting time. A young woman in a blue dress took the stage and podium. Behind her was a blank projector screen. A few people recognized as the deputy director of Singapore’s Ministry of AI Human Rights division.

“Thank you all for taking the time to gather and hear me out,” the woman said as she tried to ease her physical tension. “I bring a problem which humankind was bound to face sooner or later. The rights of autonomous beings.”

The chamber passed around the murmurs of the members. The presenter tensed more before speaking, “We’ve now come to understand that the famous Carebots have the ability to learn self-awareness. Many of the self-aware carebots which are owned by neglectful or abusive owners are fleeing and hiding among society. This is an issue that needs to be addressed, however, it gets worse than that.”

She glanced at her assistant who fiddled with a device and an image appeared on the screen of a company logo, ‘Droid Hunters’, “A company operating out of Corpus Christi, Texas, United States that is a ranch allowing people to chase around and kill helpless carebots. The company tracks down runaway carebots and brings them to the ranch to be purchased for pleasure killing. Here is an advertisement which the public gets to see on their screens.”

Her assistant pushed the device and a video targeted playing. A young man in his teens rode on the back of a horse with a pistol in his hand. In front of the horse on its feet, the carebot ran at its fastest, then the young man rode up next to the carebot dressed as a bandit. The gun fired and the carebot’s biomechanical brain burst into a spray and scraps in the air. The carebot fell to the ground and the young man rode up to an older man in a cowboy hat who said, “Come down to Droid Hunters where you can live out your dreams and fantasies. We rotate between western, medieval, and alien night, so there is something for everyone.”

When the video ended, many of the viewers seemed horrified by what they’d seen. The presenter’s tenseness transferred over to some of the spectators.

“This company operates internationally, hunting down carebots across the oceans if they’re asked too,” she said. “There have been a few complaints of people experience terrible responses from the carebots and they were outraged at the company for allowing such a thing. Most of their complaints were buried, but a few people have loaded their experiences up onto YouTube. I warn you because what you will be seeing is disturbing.”

The assistant pressed on the remote and another video started on the screen. The same man with the cowboy hat led a group into a dark house. The footage, though poor quality from being recorded from a pocket, revealed the group find a carebot in one of the rooms, curled in the corner and making sounds near to sobs.

“Stick ‘em up,” a woman in the group said with a pistol held to the white face with its big blue eyes.

The woman didn’t listen and shot the carebot in the stomach. It turned over and leaned against the wall. It lifted its hand to plead again, but a man in the group used the butt of his rifle to smash the carebot’s face in until it stopped moving and lay with a crushed and oozing head unit.

The presenter raised her hand and her assistant turned off the video, “Not only is this a vulgar display of human nature, but the company retrieves the runaway robots by entering other countries and abducting them, then shamelessly destroying these machines purely for entertainment.”

She knew she had them wrapped around her finger as the members began discussing amongst one another. The assistant flipped through a few pictures.

“Each of these pictures are the results of the ‘games’,” she said. “These people have no care for the carebots, they only want a quick dime or to fulfill a sick inner lust. This is improper and it is unjust. We should be disgusted. Please find it in your hearts to begin taking the measures to give these self-aware beings the rights that they deserve. Humans gave life to these earthlings, let them live it.”

Many of the members in the chamber stood and clapped for the presenter as she was helped from the stage by her assistants. It didn’t take long for the movement of artificial intelligence and the fight for their rights to begin in earnest in Western countries.