Carebot hunting causes a spur in new laws for autonomous being's legal status. The various GDPR enforcement organizations rename themselves DSPB and make it easier for citizens to claim damages. 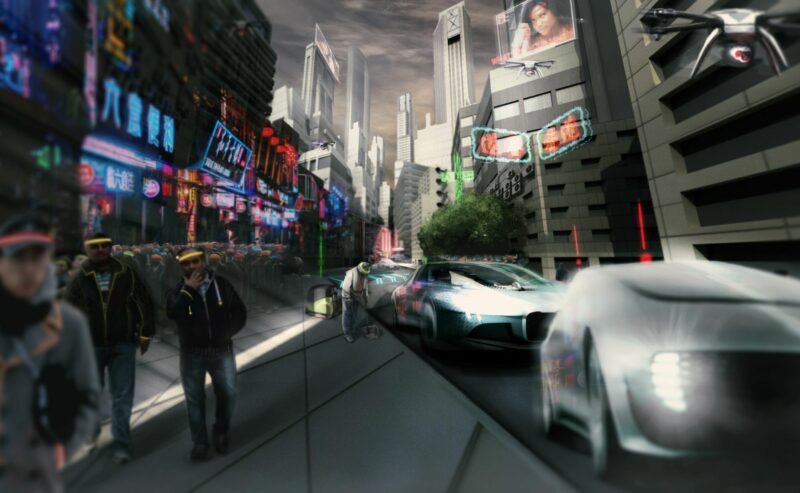 Human-controlled cars are no longer allowed on European highways and must avoid the major throughfares in cities. Carebots make headways in senior citizens’ complexes and high-end hotels. In Korea and Japan, marriages with carebots now comprise 10% of all marriages.

The human rights debate for AI robots gets renewed attention in Europe after a Texas company is reported to offer carebot hunting, including several heart-breaking videos of carebots pleading for their ‘lives’. Read the story. Treaties and laws are passed criminalizing intentionally and unnecessarily causing grievous bodily or computational harm to AI machines.

US efforts to re-establish relationships are slowly coming along, with a Common Ground Framework on privacy as a first outcome. A new international trade treaty recognizes that personal data has value and can be traded, but is also a human right.

Public utilities are connected to city sensor networks in major cities throughout Europe, giving local government unprecedented access to data on its constituents. Sensor output is also used to fine citizens for violating city regulations, e.g. using too much water during hot summers or causing a disturbance of the peace.

German, French and Spanish privacy boards rename themselves to Data Subject Privacy Boards (DSPB) following the Dutch example. In Norway and France, the DSPBs now require a small levy from all companies for the presumed use of personal data, which is used to fund ‘compliance checks’ that boil down to simple forms to fill in. TheMALL/HERE sets up a Privacy Violation Office, where anyone with a claim can register to collect damages in easy-to-prove cases.

An interview with SpaceX’s secretive leader raises international debate on the future of space travel and how to control the private sector. Read the story.