As privacy rights continue to swell, the sale of 'Me'-jewelry enabling personal expression booms. Cyberwar of sorts breaks out between Russia and Estonia. The US government is paralyzed after Mark Zuckerberg is elected President. 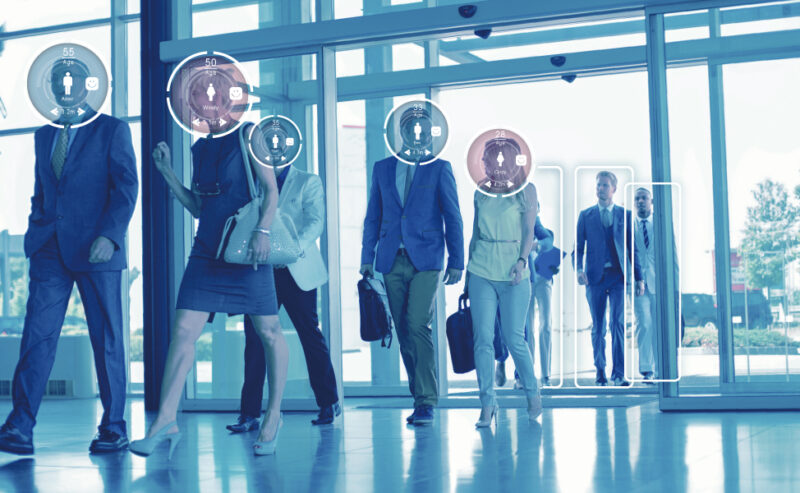 More and more platforms and malls under the TheMALL/HERE brand pop up, recognizable by their distinctive slash HERE symbol. Young people in particular like the personalized service, as it provides very customizable privacy controls, including the ability to create a semi-anonymous avatar to remain hidden from parents, schools and other prying eyes concerned about the well-being of teenagers. TheMALL/HERE benefits from the large variety in personal data it collects.

Private security and surveillance companies establish themselves, offering sensors and AI-driven technology to detect thieves, pranksters and other problematic behavior. Citing the Rotterdam precedent, they manage to sell this technology widely without getting LIABs or PCOs involved. Under an obscure GDPR provision, they get European clearance from the Bulgarian supervisory authority for the use of AI.

Despite consumer and privacy board resistance, most EU governments adopt far-reaching AI-based face tracking technology at the internal borders for surveillance purposes, both against illegal immigration and the unrest in various regions seeking independence. The technology is a modest success, with 30% false positive rates. A lawsuit from the German ZZS against the German State is denied, declaring the GDPR inapplicable to government security operations.

The collective car insurance companies offer up to 50% discounts on fees for all cars equipped with AI driving “assistants”, although the small print requires drivers to stay on alert at all times even when employing their assistants. On Twitter, Elon Musk declares anyone using the Tesla Autonomous Car will be indemnified against all claims due to failing AI.

The European privacy supervisory authorities issue a joint statement declaring that online tracking and profiling always requires prior and explicit consent. “Me”-wallets and jewelry see a surge in sales as companies start offer significant discounts to shoppers that elect to pay with personal data.

Russia and Estonia end up in semi-open cyberwar. A favorite tactic of Russia-affiliated hacker groups is to ‘doxx’ Estonian citizens by stealing personal data from the personal data management system deployed by its privacy supervisor. This also affects other European citizens with an e-residency.

On November 5, 2024 Mark Zuckerberg is elected president of the United States by a landslide vote. Trump denounces the results as fake news and sues the Electoral College, which paralyzes the US government for months to come.

A German hotel chain is sued by the ZZP with a collective damages lawsuit because its users post reviews including photos of other visitors. The chain settles and adds a privacy violation surcharge to its room bills in the future.